Homes for Sale in James Bay in Victoria, BC

James Bay is a highly dense neighbourhood in Victoria BC and is the oldest residential neighbourhood on the west coast of North America besides San Francisco. It occupies the south side of the inner Harbor close to downtown. 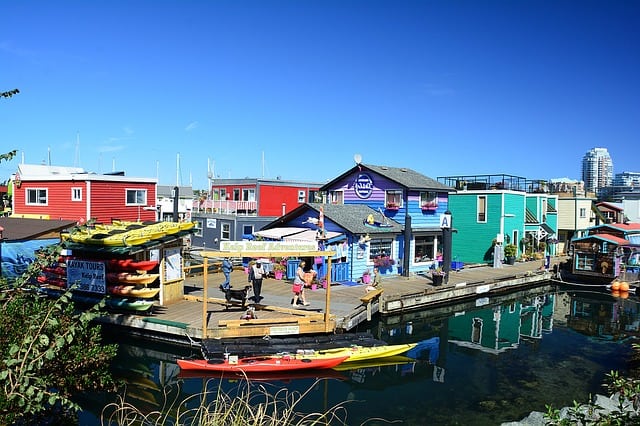 James Bay dates back to early 1840s with development beginning in 1859. Gov. Douglas decided to construct a colonial administration office for the Colony of Vancouver Island across the harbour from Fort Victoria. These fanciful designs known as the “Birdcages” were replaced in 1898 by Francis Mawson Rattenbury’s Parliament buildings, which still serve as the meeting place of the legislative assembly of British Columbia today.
During the completion of the parliament buildings, a considerable amount of residential development took place in James Bay. The home of James and Amelia Douglas stood on the location of the present Royal British Columbia Museum but there are several historical buildings and home still standing.
In addition to Victoria’s in government offices, James Bay was home to a number of industries, factories, and Marine oriented industries including Laing’s shipyard where Fisherman’s Wharf is located today. All the construction of South Park Elementary school in 1914 largely mark the close of the building boom in James Bay, that is up until the 1960s when demolition of many of the older buildings made room for the construction of a number of apartment buildings, newer homes, and mid-rise buildings. Because of this, the James Bay Neighbourhood Association was founded to create a preservation effort for some of the older, historical homes.

This charming neighborhood features a variety of organic markets, shopping, and restaurants and Fisherman’s Wharf is definitely something to see. There are several houseboats, seafood vendors, and if you’re lucky, you might see a pirate or two.
There are several parks, trails, historic homes and of course the Royal British Columbia Museum, one of Victoria’s main attractions. There is so much to see and do in James Bay that you could live here for a year and maybe not visit everything there is to experience.

There are primarily condominiums and apartments in James Bay but there are a few single-family homes. Condominiums start at about $235,000, to 7.8 million with single-family homes priced from about $995,000-$2 million.
For more information on James Bay homes and real estate, or just more details about this community and neighboring communities contact my office today.