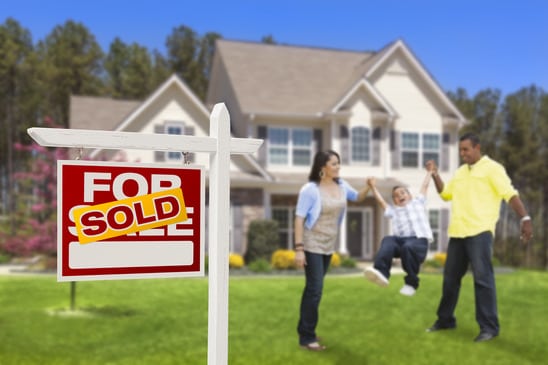 The new benchmark rate will come into effect on April 6, 2020. It means insured borrowers (including those buying with less than a 20% down payment) will have to prove they can afford a monthly payment based on a rate that equals the weekly median 5-year fixed insured mortgage rate, plus 2%.
“As of February 18, 2020, based on the weekly median 5-year fixed insured mortgage rate from insured mortgage applications received by the Canada Mortgage and Housing Corporation, the new Benchmark Rate would be roughly 4.89%,” a Department of Finance official told us.
That’s 30 bps less than today’s minimum stress test rate of 5.19%.
The Bank of Canada will calculate this new benchmark weekly, based on actual rates from mortgage insurance applications, as underwritten by Canada’s three default insurers.

Why is the Stress Test Changing?

“This adjustment to the stress test will allow it to be more representative of the mortgage rates offered by lenders and more responsive to market conditions,” the DoF said in its announcement.
Critics say the old stress test was being artificially propped up by the Big 6 banks, which refused to lower their posted 5-year fixed rates in line with falling market rates. That meant the old stress test was not able to adapt to falling rates and act as an economic shock absorber (significantly falling rates generally imply declining economic prospects).
The news comes just weeks after Prime Minister Justin Trudeau formally asked Finance Minister Bill Morneau in December to review recommendations from financial agencies related to “making the borrower stress test more dynamic.”

Changes to the Uninsured Stress Test Coming Too

The Office of the Superintendent of Financial Institutions (OSFI) confirmed today that it too is considering the new benchmark rate for its minimum stress test rate on uninsured mortgages (mortgages with at least 20% equity).
“The proposed new benchmark for uninsured mortgages is based on rates from mortgage applications submitted by a wide variety of lenders, which makes it more representative of both the broader market and fluctuations in actual contract rates,” OSFI said in its release.
“In addition to introducing a more accurate floor, OSFI’s proposal maintains cohesion between the benchmarks used to qualify both uninsured and insured mortgages.” (Thank goodness, as the last thing the mortgage market needs is more complexity.)
OSFI has been dropping some not-s0-subtle hints that changes to the benchmark rate would be forthcoming. In a recent speech, Assistant OSFI Superintendent Ben Gully said, “the posted rate is not playing the role that we intended.”
The problem (which has been growing since the first half of 2019) is that today’s benchmark rate (currently 5.19%) is too high relative to actual mortgage rates, making it unnecessarily difficult for homebuyers to qualify for a mortgage. Meanwhile, the actual rates available to borrowers have been diving.
OSFI is accepting input from stakeholders by email until March 17, 2020. But we’re guessing its mind is already mostly made up.

Will a looser stress test stoke the market? Absolutely.
While it might boost buying power by just 3% or less (depending on what the new benchmark turns out to be, come April 6), the psychological boost will be material. Homebuyers—particularly younger buyers—are already worried about prices running away from them, given the double-digit gains of the last 12 months. News of an easier mortgage stress test won’t help.
As a result, the government might have been wiser to defer the new test a few months, so as not to fuel spring market activity. But time will tell.
Today’s news will be met with criticism by those who think easing the stress test will lead to overvaluation. But the government can’t effectively time home prices. Anyone who looks at government budget and GDP forecasts knows that. So they might as well correct the poorly designed stress test now, the industry would counter.
Source: RateSpy